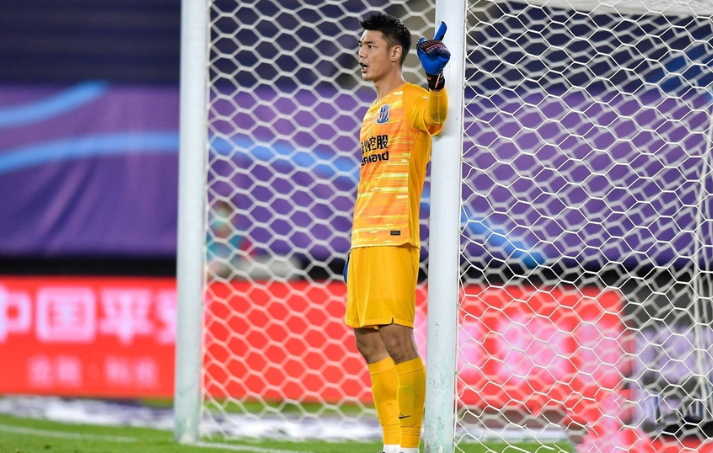 Tiger Fight, October 4, according to the "Morning News" report, the national football coach Li Tie praised the goalkeeper Zeng Cheng who played for Shanghai Shenhua this season in an interview on today's national football assembly day.

According to reports, today, the national team assembled in Shanghai to start a six-day training camp. In this 28-person training list, there are newcomers like Guo Tianyu and Tong Lei, as well as veterans like Zeng Cheng.

At the end of 2018, Zeng Cheng prepared for the UAE Asian Cup with the national football team. Unfortunately, during a team training session, Zeng Cheng tore an ankle ligament, and his trip to the UAE Asian Cup came to an end, which also affected his position in Evergrande. In the 2019 season, due to injuries, etc., Zeng Cheng only played 4 times in the league.

At the beginning of this year, Zeng Cheng joined Shenhua on loan and embarked on a new journey. In the first stage of the league, with the exception of the two games with Guangzhou Evergrande that could not be played due to the evasion clause, Zeng Cheng started all the 12 games and played the whole game. In these 12 games, Zeng Cheng completed 36 remedies and tied for 3rd among all goalkeepers in the Super League. It had 7 zero-block opponents among all Chinese Super League teams, and was better than the second-ranked Shandong Luneng, Jiangsu Suning and Shandong Luneng. Chongqing Contemporary has two more games. Thanks to Zeng Cheng's outstanding performance, Shenhua's defense has been greatly improved compared to last season.

Speaking of Zeng Cheng, Li Tie did not hesitate to praise him, "He is one of the best goalkeepers in China, so many years of experience has represented everything. He has just come from an injury, which is not easy. We have always kept in touch and have good communication. In the first stage of the Chinese Super League, everyone has seen him. His performance is very, very good. This time he was recruited into the national team. For me, he has always been the country A member of the team."